I think this poem is maybe Ginsberg's best . . . I love it.
If 'Howl' was a howl of  adolescence , and I think it was,
then 'Kaddish' is that of the mature reflective man, though only five years
lies between when he started working on Howl and when he finished Kaddish. 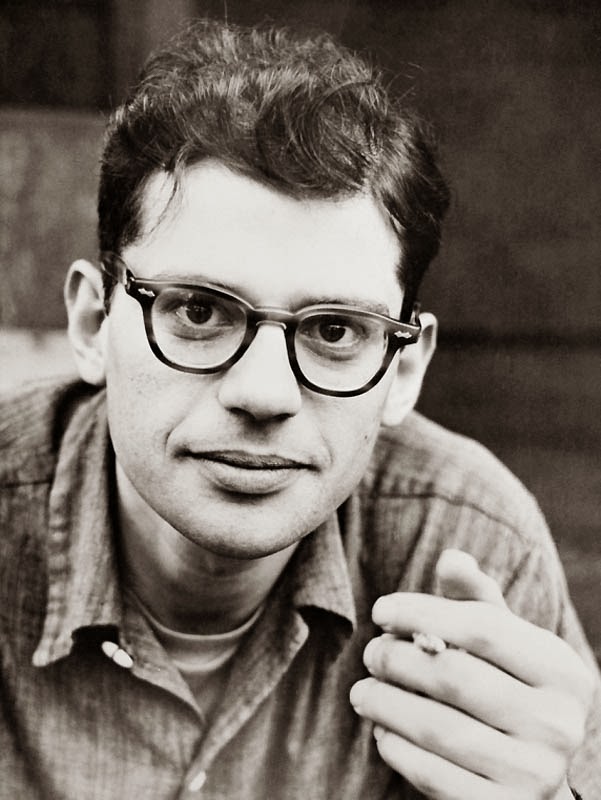 Strange now to think of you, gone without corsets & eyes, while I walk on


the sunny pavement of Greenwich Village.


downtown Manhattan, clear winter noon, and I've been up all night, talking,


shout blind on the phonograph


And how Death is that remedy all singers dream of, sing, remember,


prophesy as in the Hebrew Anthem, or the Buddhist Book of An-


Dreaming back thru life, Your time--and mine accelerating toward Apoca-


the final moment--the flower burning in the Day--and what comes after,


looking back on the mind itself that saw an American city


a flash away, and the great dream of Me or China, or you and a phantom


Russia, or a crumpled bed that never existed--


like a poem in the dark--escaped back to Oblivion--


No more to say, and nothing to weep for but the Beings in the Dream,


trapped in its disappearance,


sighing, screaming with it, buying and selling pieces of phantom, worship-


worshipping the God included in it all--longing or inevitability?--while it


It leaps about me, as I go out and walk the street, look back over my shoulder,


dering each other high, under a cloud, tall as the sky an instant--and


or down the Avenue to the south, to--as I walk toward the Lower East Side


--where you walked 50 years ago, little girl--from Russia, eating the


first poisonous tomatoes of America frightened on the dock


then struggling in the crowds of Orchard Street toward what?--toward


and learning to be mad, in a dream--what is this life?


on top of Manhattan, and over the floor, and lays down on the


sidewalk--in a single vast beam, moving, as I walk down First toward


the Yiddish Theater--and the place of poverty


you knew, and I know, but without caring now--Strange to have moved


thru Paterson, and the West, and Europe and here again,


the street, fire escapes old as you


Myself, anyhow, maybe as old as the universe--and I guess that dies with


That's good!  That leaves it open for no regret--no fear radiators, lacklove,


torture even toothache in the end--


Though while it comes it is a lion that eats the soul--and the lamb, the soul,


in us, alas, offering itself in sacrifice to change's fierce hunger--hair


Death had the Mercy, you're done with your century, done with


God, done with the path thru it--Done with yourself at last--Pure


--Back to the Babe dark before your Father, before us all--before the


There, rest.  No more suffering for you.  I know where you've gone, it's good.


No more flowers in the summer fields of New York, no joy now, no more


and no more of his sweetness and glasses, his high school decades, debts,


No more of sister Elanor,--she gone before you--we kept it secret you


Nor your memory of your mother, 1915 tears in silent movies weeks and


or Boris Godunov, Chaliapin's at the Met, halling his voice of a weeping Czar


--by standing room with Elanor & Max--watching also the Capital


with the YPSL's hitch-hiking thru Pennsylvania, in black baggy gym skirts


pants, photograph of 4 girls holding each other round the waste, and


all girls grown old, or dead now, and that long hair in the grave--lucky to


will gream on to his last stiff hand, as he goes thru his cancer--or kill


And it's the last moment I remember, which I see them all, thru myself, now


first--to you--and were you prepared?


Void?  Like an eye in the black cloud in a dream?  Adonoi at last, with


Beyond my remembrance! Incapable to guess! Not merely the yellow skull


in the grave, or a box of worm dust, and a stained ribbon--Deaths-


head with Halo?  can you believe it?


Is it only the sun that shines once for the mind, only the flash of existence,


than none ever was?


to have been here, and changed, like a tree, broken, or flower--fed to the


ground--but made, with its petals, colored, thinking Great Universe,


No flower like that flower, which knew itself in the garden, and fought the


All the accumulations of life, that wear us out--clocks, bodies, consciousness,


You once kicked Elanor in the leg, she died of heart failure later.  You of


stroke.  Asleep?  within a year, the two of you, sisters in death.  Is


Max grieves alive in an office on Lower Broadway, lone large mustache over


what does he doubt now?  Still dream of making money, or that might


have made money, hired nurse, had children, found even your Im-


I'll see him soon.  Now I've got to cut through to talk to you as I didn't


when you had a mouth.


Forever.  And we're bound for that, Forever like Emily Dickinson's horses


life they cross--and take with them.

Magnificent, mourned no more, marred of heart, mind behind, mar-


In the world, given, flower maddened, made no Utopia, shut under


Nameless, One Faced, Forever beyond me, beginningless, endless,


Father in death.  Tho I am not there for this Prophecy, I am unmarried, I'm


Thee, Heaven, after Death, only One blessed in Nothingness, not


Take this, this Psalm, from me, burst from my hand in a day, some


of my Time, now given to Nothing--to praise Thee--But Death


This is the end, the redemption from Wilderness, way for the Won-


By long nites as a child in Paterson apartment, watching over your


opinion of the cosmos, I was lost--


But you stared out the window on the Broadway Church corner, and


spied a mystical assassin from Newark,


and walked you downstreet--On the way a grammarschool boy screamed,


unaccountably--'Where you goin Lady to Death'? I shuddered--


and you covered your nose with motheaten fur collar, gas mask


against poison sneaked into downtown atmosphere, sprayed by Grandma--


the gang?  You shuddered at his face, I could hardly get you on--to New