One night you fled to high mountain passes
howling winds adrift with snow and ice
body broken betoken of empty fields
In the valley below
The ‘lights went out one by one,
and darkness all around’
bad dreams phantoms screams.

Your powerlessness that night
acknowledged
set the flame to burn unchained,
your wounded angel-wings
carried you
above
drifting
cold ashes

of a friendship finished
that night
you embraced the divine spirit
in the full moon.

Highroad Blues
(what price the passage?)

this road I’ve travelled with you
had many blind turns and twists
the beginnings long gone
with the dead
beginning back as a young buck
sometimes it seems
its all
just dreams.

fear was a coat I often wore
(for protection ?)
as if I needed it or maybe I did
but that’s context dependent yeah
you know that better than anyone.

what can I say but only what I know
no oblique allusions of sensibility
even if I was so inclined
no boasts of refined affinities
no bullshitting of how much I care
when often all I want to do
is get through the night
and into another day
fighting nightly
for my life in dreams. 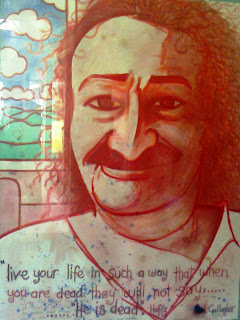 magenta of the Tibetan steppes
that was the garland for you
though of course you were Welsh.
there was a fragrance about you
that lifted the senses in company
awakened the lyrical soul
seemingly effortlessly
like an eagle cruising

tonight we wont say too much
of the Dark Angels proximity. 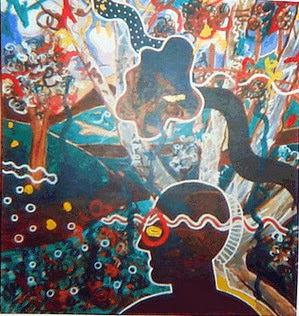 
been feeling good lately
but not without neurotic episodes
scanning bottomless subterranean streams
of mind
and phantom connections
hidden in nostalgia.

a breeze carries the night air
through open back balcony doors
sharing the silences
feeling solace in distant sounds
In the darkness the breeze
feels good against my legs
I’m doing ok I could say
hard times and joys along the way
my mind wanders lazily
down old trails of memory.

‘All You Need Is Love’
beyond the hills a jet plane is landing
stirring old familiar pain
the way old songs will play a movie
in your brain.

33 years ago
I was sitting alone drinking
in a bar in Carlton
There were three or four others in the bar
It was a Tuesday afternoon, a quiet day
I was only just starting on the day’s boozing.
Me and this other guy, a hippie tradesman type
we were watching the cricket on the television
Neither of us had spoken to the other
I got off the stool and went for a piss,
When I came back he said 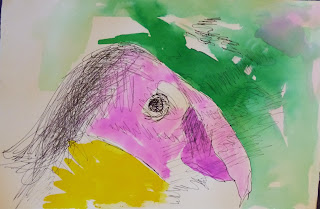 Karlos, give it up man, throw in the towel; not in your wildest dreams could you call that 'poetry'. Stick to painting.
Lazy-eye Leroy.

that is some great writing there man.