Where Are You Marylou ?

‘One and Only:
the untold story of On the Road.’

Lu Anne Henderson, the third member of the trio. Along with Cassady and Kerouac she was there with them, criss-crossing the country in those early years of the bebop beat beginnings of road journeys in search for . . . ? Finally her story is told, based largely on a lengthy taped conversation from 1978 that had been locked up in a university archive beyond reach for thirty years because of complex legal reasons. Lu Anne and Neal were in contact right up until his death in Mexico. Neither of them really got over the other. This woman’s story has finally been told. It’s just a pity that she died before it’s publication. 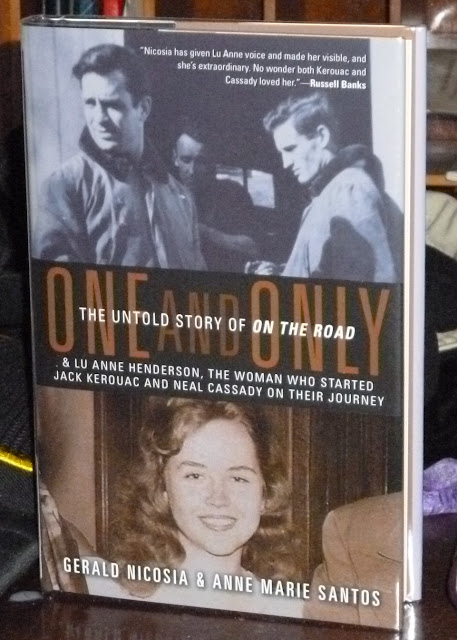 ‘One and Only: the untold story of On the Road.’ 2011.
by Gerald Nicosia & Anne Marie Santos.
Published in the United States by Viva Editions.


“This is the missing back-story of the back-story of ‘On the Road’, the missing mysterious woman a lot of us sensed was there but invisible and silent. Until now . . . and she’s extraordinary. No wonder both Kerouac and Cassady loved her.”
-         Russell Banks, author of ‘Cloudsplitter’.

“Just as the Beats were the missing link between the bohemians and the hippies, so was the lovely Lu Anne the missing link between Cassady and Kerouac. . . .she reveals how they played the roles that were expected of them. . . .until finally the roles began to play them. Gerald Nicosia provides a backstage pass to a unique era. . . .
- Paul Krassner, author of ‘Confessions of a Raving Unconfirmed Nut: misadventures in the counterculture.’