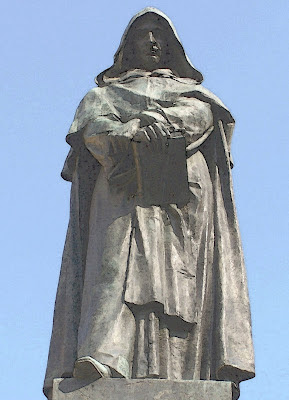 He was a suspicious person to the state and authorities; had the nerve to assert the sun was just another star and that there might be intelligent life in the universe. Such talk would indicate he must be on drugs. They put him in prison and when he confessed to his beliefs, he was burned at the stake.
Over seven million of his kind are imprisoned today. The private prison industry lobby gives coin to our Roman police of God and State. At least one candidate for president still lives in Bruno’s age and would consider subversive anyone who would commit heresy against god and State. We have progressed only in technology since his age, over 600 hundred years ago, but unnoticeable in the age of the universe.
There is a part of our brain that has been retarded, remains the same despite the progression of other parts. Might as well admit it, though we have placed symbols like flag and golf ball on the moon, part of our brain like a rat’s brain. The daily killing news might as well be the white rat shrieking at the brown rat or other “different” rats that invaded others’ gates of rubble in their underground, unseen communities. They shriek and show their teeth and kill; there is no such thing as innocence.  The populations of humans have become entangled in their land; their wilderness has shut them in. Their numbers have increased, but not their contaminated brains.
The instruments of death have been improved.  Fire at the stake has been replaced by the more efficient 9mm bullet. One more sign that Mother Nature can only have her revenge. The innocence has been lost forever. One too many coyotes strung on fence posts tendon tied within tendon, one too many buffalo killed for sport. One too many innocent youths killed. The land that looks like the running wolves will shake off its population like fleas when Mother Nature has her revenge.
Charles Plymell
April 1, 2012
♂ ∽ ∮≈ 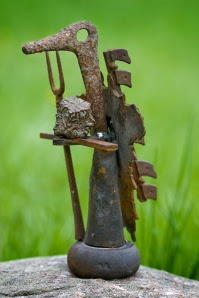 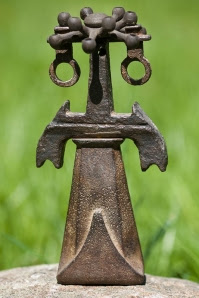 
regarding the image of Bruno, apologies to dave boles,
(the original graphic wouldn't load).