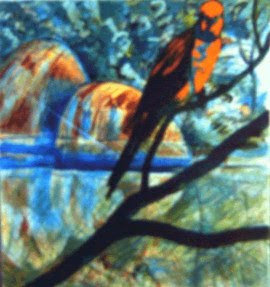 
I discovered I had some talent for art years ago as a thirteen year old but I didn't get serious with painting until I was twenty-one when I enrolled at the Art School of  R.M.I.T. in Melbourne. Early 1965, approaching my twenty-second birthday I moved into my first flat. It was a large bed-sitter. Outside my door off the landing at the top of the stairs was a small dark separate kitchen that I avoided using. The kitchen had a window looking down on the outside passage that went out to the backyard and laundry. I would eat in the cheap cafes along Gertrude St. I didn’t know how to cook so apart form the cafes I lived on bread and cheese or a boiled egg with toast.


The flat was in a rooming house in Gertrude St Fitzroy a hundred meters from Brunswick St. and the Champion Hotel on the corner. That was before the high-rise public housing flats were built opposite the Champion. Most of the buildings that got demolished to make way for the high-rise were still there empty and derelict. The shops along the two streets that contained the high-rise belonged to another time. The windows were coated in grime from the grit thrown up by the trams rattling past, and the exhaust soot from motor vehicles. Some of the windows had gold-leaf and red lettering advertising the nature of their business or the proprietor’s name.

Those early months in the flat I was occasionally depressed, and it was at that time that insomnia started to become a problem and would continue to plague me thereafter. I had cut myself off from most of my old friends and the outlaw life on the streets. Even though I was living in Fitzroy my old stamping ground since ’59 and where many of my old friends still lived or hung out I rarely ran into any of them. I was just starting to find my feet at the art school I attended three or four nights a week after work at the Paper Mills in Fairfield.
I was making new friends with some of the other art students; new dreams emerged. 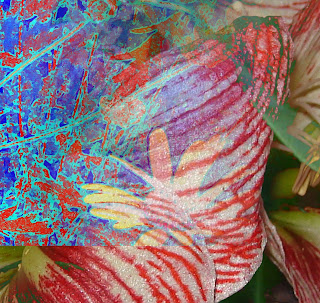 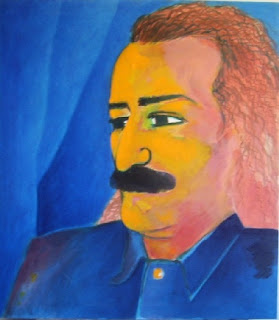 this is a good read so far....will be back for more

Your story is a brave revelation, your paintings & words are touched with genius. Thanks amigo... Catfish