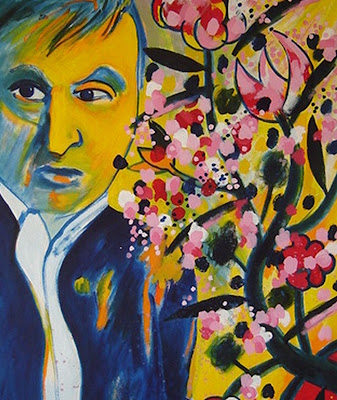 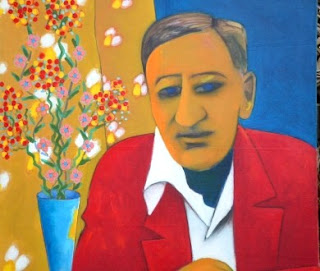 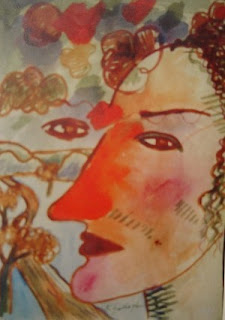 “. . . bringing the secret message of blowing to other coasts, other cities … we had our mystic heroes and wrote, nay sung novels about them, erected long poems celebrating the new 'angels' of the American underground--In actuality there was only a handful of real hip swinging cats and what there was vanished mightily swiftly during the Korean War when (and after) a sinister new kind of efficiency appeared in America, maybe it was the result of the universalization of Television and nothing else … but the beat characters after 1950 vanished into jails and madhouses, or were shamed into silent conformity, the generation itself was shortlived and small in number." Jack Kerouac.

There were lots of casualties among the original beat generation, and those that followed – madhouses (psychiatric wards), suicide, jails, alcoholism, drug addiction, madness, disappearances.

The two dichotomies – on the one hand, for instance,things like the McCarthy vendetta pursuing supposed communists in the arts and destroying careers and lives, blacklisting so that an individual couldn’t get a job; often they were innocent persons - - and on the other hand, a new spiritual energy sweeping through the westen world - especially America - Beats, music, painting, writing, and disengagement from the corporate values driving America.

Individuals gravitated to bohemian enclaves and kindred souls – Greenwich Village (NYC), Venice West (LA), North Beach, Bay Area, Berkeley (San Francisco) in America - and South Yarra/Carlton/Fitzroy in Melbourne, Kings Cross/Balmain/Padington in Sydney. But there were a lot of casualties among the beats, and the generations to follow – from the pressures of family, social normalcy and the stresses of its contradictions. And the coping mechanisms of alcohol, drugs.

Restlessness, disconnection, and depression were evident. Mental breakdowns were rife.

Kerouac died from a massive haemorrhage from advanced alcoholism, helped along by his disillusionment with his life, and life itself.

[At a seminar]
"A woman from the audience asks: 'Why are there so few women on this panel? Why are there so few women in this whole week's program? Why were there so few women among the Beat writers?' and Gregory Corso, suddenly utterly serious, leans forward and says: "There were women, they were there, I knew them, their families put them in institutions, they were given electric shock. In the '50s if you were male you could be a rebel, but if you were female your families had you locked up. There were cases, I knew them, someday someone will write about them." -- from Stephen Scobie's account of the Naropa Institute tribute to Ginsberg, July 1994

“Elise Cowen, though dead more than a quarter century, is in many ways more tangible than many of the other Beat women. She is alive in the pages of Joyce Johnson's Minor Characters and in the memories of many of the survivors of the Beat Generation whom she marked forever with her generous friendship. Janine Pommy Vega with whom Elise lived for a time, says, "I still think about her every day. She was the smartest person I knew.

Elise was born to a wealthy family on Long Island who were given to high-strung histrionics interspersed with brittle attempts at normalcy. (…) More than anything, they wanted the perfect daughter to complete the ensemble and Elise became the focus of their rages.


Although Elise didn't make good grades, she was extremely bright and read exten- Poetry, especially the works of Ezra Pound and T.S. Eliot, were particular favourites . . . She favored the darker poetry most of all, suggesting a shadow side to the good-friend persona she kept on display.

. . . she met Joyce Johnson and Leo Skir, among other Beat players, and got involved with her philosophy professor, Alex Greer. . . (who was) the portal to Elise's future; when his friend Allen Ginsberg arrived on the scene, Elise recognized a twin soul. (Joyce Johnson mentions how they even looked alike during that time.) . . . Allen and Elise both met Carl Solomon for whom Allen would eventually write "Howl") in separate stays at mental hospital . . . Elise was in Bellevue Hospital during one of her episodes of depression.

Elise (was) . . .never completely free of the shadows. She took a job as a typist and had a dismal career, typing at night, drinking red wine, and writing poetry in secret. After being fired from her job, she ran away to San Francisco, disappearing from view. The Elise that returned to New York a year later was changed: thinner and quieter, she seemed, even more haunted than before.


Elise was admitted to Bellevue and released a few days later into her parents' care. Their intention was to take her to Miami, for rest and recuperation. Elise never made the trip. On February 1, 1962, she jumped out of the window of her parents' living room in Washington Heights. She died instantly. The police noted that the window was still locked--Elise had jumped through a closed window.


None of her poetry was published in her lifetime, but eighty-three poems have rested in a box in her friend Leo Skir's basement in Minneapolis; her remaining poems and journals were destroyed by her family after her death. Over the years, Leo, a still-loyal friend, has sent some of Elise's poems to Evergreen Review and several small literary magazines." and in Women of the Beat Generation.

[ In San Francisco. According to her friend, Leo Skir, she lived with a drunken Irish artist and spent most of her time at a bar called "The Place". She got pregnant, had hysterectomy, returned to New York and eventually moved back into her parent's home in Washington Heights.] 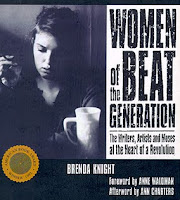 Women of the Beat Generation, ed. Brenda Knight, 1996; the photo is of Janine Pommy Vega

Neal Cassady in those few years before his death was going mad - as a result of excessive drug use, disconnection from his stable family life, and the restless aimless lifestyle he lived especially in the last years. In the last couple of years he was heard at times to be 'having violent arguments in his room with the Devil.’ He told his ex-wife Carolyn that he was frightened – ‘ …because he didn’t know what was happening to him – that he could no longer control it.’ 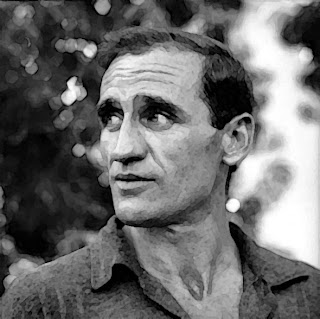 Neal Cassady was a pivotal instrument in the rise of the Beats namely Jack K. The Paul Newman good looks and the train hopping were the stuff of fantastical dreams to me the then young reader. This man was a true seeker of edge of the envelope - the push till you drop desires. That the quest sent him mad is understandable. The worlds of the Beats he touched were better for his input.
Thank you Karl for keeping these boys alive