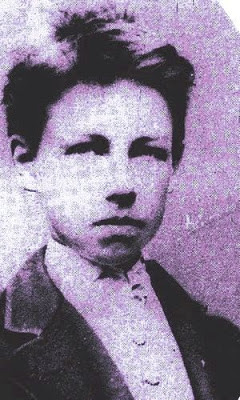 “ . . . The peculiarly adolescent quality of the poet’s life and work, the desire to rebel against whatever milieu he happened to find himself in—the schoolboy against school, the wunderkind against his admiring hosts, the poet against poetry—undoubtedly accounts for his particular appeal to teen-agers. (One statistic that Rimbaldians like to cite is that one in five French lycéens today claims to identify with the long-dead poet.) A striking feature of many of the translations and biographies of Rimbaud is the seemingly inevitable prefatory remark, on the part of the translator or biographer, about the moment when he or she first discovered the poet. “When I was sixteen, in 1956, I discovered Rimbaud,” Edmund White recalls at the start of his nimble “Rimbaud: The Double Life of a Rebel,” by far the best introduction to the poet’s life and work; Graham Robb observes early on that “for many readers (including this one), the revelation of Rimbaud’s poetry is one of the decisive events of adolescence.”


Ashbery, too, was sixteen at the moment of impact, as was Patti Smith, the author of what is, perhaps, the most moving testament to the effect that a reading of Rimbaud might have on a hungry young mind. “When I was sixteen, working in a non-union factory in a small South Jersey town,” she writes in an introduction to “The Anchor Anthology of French Poetry,” “my salvation and respite from my dismal surroundings was a battered copy of Arthur Rimbaud’s Illuminations, which I kept in my back pocket.” The anthology, she adds, “became the bible of my life.”


I suspect that the chances that Rimbaud will become the bible of your life are inversely proportional to the age at which you first discover him. I recently did an informal survey among some well-read acquaintances, and the e-mail I received from a ninety-year-old friend fairly sums up the consensus. “I loved Rimbaud poems when I read the Norman Cameron translations in 1942,” she wrote—Cameron’s translation, my favorite, too, is among the very few in English that try to reproduce Rimbaud’s rhymes—but she added, “I have quite lost what it was that so thrilled me.” In 1942, my friend was twenty-one. I was twice that age when I first started to read Rimbaud seriously, and, although I found much that dazzled and impressed me, I couldn’t get swept away—couldn’t feel those feelings again, the urgency, the orneriness, the rebellion. I don’t say this with pride. Time passes, people change; it’s just the way things are. On the day before his death, a delirious Rimbaud dictated a letter to the head of an imaginary shipping company, urgently requesting passage to Suez. Sometimes, for whatever reason, you miss the boat . . .” ♦
[see full article]
http://www.newyorker.com/arts/critics/atlarge/2011/08/29/110829crat_atlarge_mendelsohn?currentPage=1 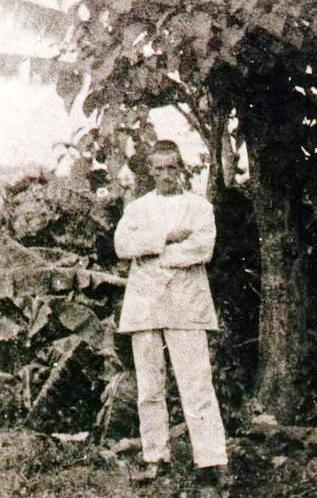 
later, you said  . . .
those silly words the carnival idiocies
phrases you held so dear
Puke Songs &  Hell’s Reasons
oblique trills
floated as effluent for the dunking
in your petite bohemian visions


I wished to put away all that nonsense