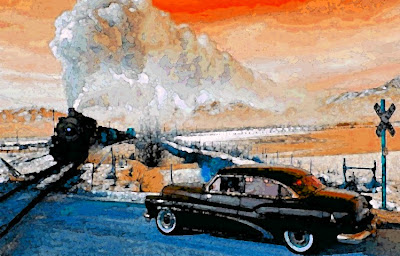 “I was born in Albuquerque, New Mexico on July 29th, 1953. I learned to lay brick, block, and stone from my father and grandfather. I was in the artillery for 3 years in the army. Then I moved to Milwaukee, Wisconsin 35 years ago. I worked for the Post Office for 30 years and married a Mexican beauty 28 years ago. We have 1 daughter, soon to become a cop.


The interview I did with Charles Plymell [♣] is my main connection to the Beats. I did the first interview in ‘97 & another recent one for Outsider Writer. Plymell is 77 & I'm 56, so I’m not really old enough to have known the main Beats well. I did do a book with Bukowski & Jack Micheline (Kerouac wrote the intro to Micheline’s 1st book) ours was called Prying (an anthology of poems published by Four-Sep Publications 1997).


At the Beat reading at Ginsberg's farm [1997] was Anne Waldman with her nephew, David Amram [♣] with his daughter (he owns an organic farm now), Ed Sanders (formerly of the Fugs), Ray Bremser(an ex bank robber, and poet, now dead), Dave Church (a cab driver poet, now dead), Janine Pommy Vega, and many more."


[♣ Charles Plymell welcomed Neal Cassady, his girl Anne Murphy, and Allen Ginsberg into the large apartment he rented in the Haight area of San Fran in 1963; Plymell also became a close friend of Bill Burroughs. I will soon do a feature piece on Plymell who, with his wife Pam, started Cherry Valley Editions - and published Herbert Huncke, William Burroughs, Allen Ginsberg, Ray Bremser, et al. ♣ David Amram, most people won't know - he played backup music for Kerouac when he read.  Editor] 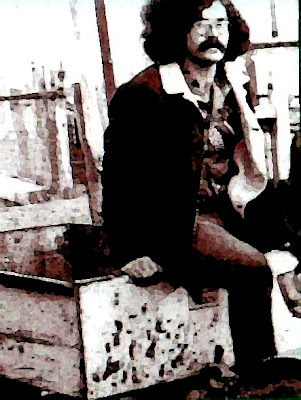 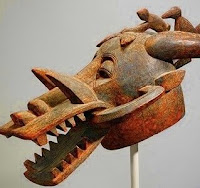 Let Me Stand Next to Your Fire


He asked me if I'd
read before him

I replied,"Sure,
remember the time
Hendrix opened for
The Monkees?"


Wrinkles of doubt
clouded his forehead. 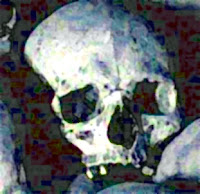 
I miss him with all my
heart, his ghost might
be sitting in the
closet for all I
know


I realize I have no
idea what I'm doing


Maybe the two red
sailors know, all
I know is I miss
Jack Micheline


Accompanying my wife to the gynecologist,
I found a seat in the waiting room, pregnant
women kept arriving, I tried to doze


I soon came under attack by the
farting contest, one lady sounded like
a Vespa scooter, poppa pop ftttt ftt foo


The last sounded like a 62 Corvair
with no muffler being revved up,
she grabbed her ass & screamed
“Oh goodness” & took off at a run


I laughed & cried so hard, a nurse
was removing the oxygen, as my
wife & her Dr. exited his office
She took one look & said, “Don’t
even ask,” they all gave me
the evil eye.


23 years
she'd been his life
her whore mother long gone


there are no words to convey solace


"this is suppose to be
a happy time" she explains 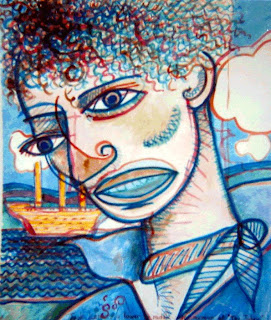 I stare at the sun,
but it gives no warmth.


The waves crash against
the beach and sanity.


Is sanity swallowing pride?
Is sanity feeling turmoil curl
inside, so deep your guts churn?
Is sanity eating dirt daily?


Insults overwhelm me.
Only steel gives comfort.
A gun is too impersonal.


There is no choice.
I must let my pain
meet theirs.


Therefore am I sane?

Now she can't find a date
she wrote her phone
number on a pack
of Trojans & slipped
them in my pocket. 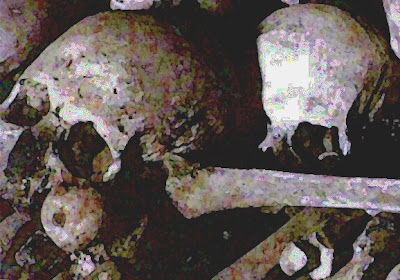 
One who accepts death
in all manifestations,
will always be a victor
over one who fears
for their life


Acceptance is a reward


The shadows are empty,
they weren't always


Nor was your heart,
nor my promises,
nor our destiny


Our laughter flew with eagles,
our tears filled rivers,
our blood melted the sun


As I carve these words
into the oar,
the fins come closer


You quit loving me,
now I row


But as I stare
at the sea,
I remember your smile.

It was Martin
Luther King Day
I didn't have
any dreams


I sampled the blow
gathered the loot
boarded a plane


Woke up descending
above Regina, Saskatchewan. 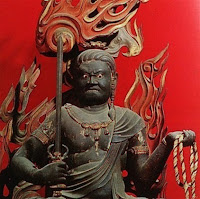 
The best stay inside
where shreds of
sanity dwell 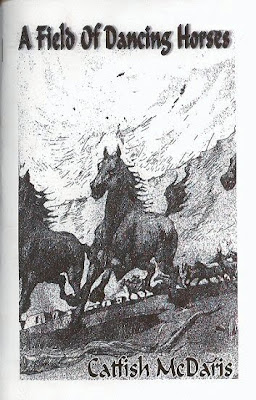 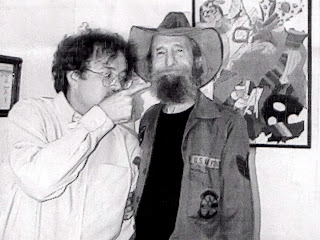 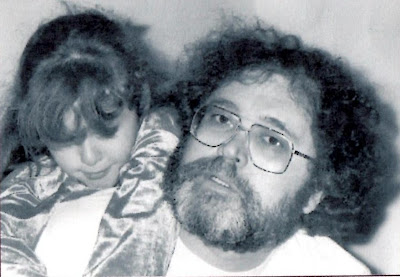 Catfish McDaris recently won a Flash Fiction contest at Buns & Barbs judged by the 2009 poet laureate, Jonathan Penton from Unlikely Stories; he has an interview with Charles Plymell; and a video with Belinda Subraman on Outsider Writer; he has work on/in The, and Black Listed magazines.

He won the Uprising Award in 1998. He has won the Poetry Slam twice at the Green Mill in Chicago, birthplace of the poetry slam. His last poetry reading was at the Shakespeare & Co. Bookstore in Paris.

McDaris published on these sites (among others):

Let Me Stand Next to Your Fire  http://welcometoyethe.blogspot.com/

" mac th nife - yah i remember that name neal said, and so did i, me being younger (then 1968) had known bobby darren's version in '58, ol mac the knife. this kid mac th nife - he spelled out to us. neal an me roared lauging. you could tell this kid could make it, he knew Time. beboperoo didgeri doo. an who were we anyway though neal did express a few regrets to him, like trying to forewarn him, about how life can take unexpected turns that can knock you down - for keeps." jack karlos notebooks: san pedro. (prev unpubished).

some feedback from Charles in mails:

Karl, That is beautiful work right down to the Roadmaster Buicks. It works so well with Catfish piece. You have a good eye for magazine like I used to do the Coldspring. Cp [charles Plymell, Ed.]

That's a great job. I need to find one of those! I can't go out the door in this stupid fucking country. As Burroughs said, The public is gonna take the place apart. It's only a matter of time. I saw the fine presentation Karl did staring with the '52 Buick and the Southern Pacific train. [Catfish]love your poetry. I wrote him about it but I'm to stupid to work comment in there. Yeah. I'll keep track of your blog.Another poetry one. Milk wants something. I don't have poetry. I've been wanting to write some essays. cp

karlos said: serendipity is magical - is it not!

Catfish thanks for the knockdown (introduction) to charles plymell
he really liked your posting and really liked the combination follow on from you; the connection with car photos (you guys know about motorcars - me was only ever a passenger, but loved to be in a car). part of the whole idea of follow-on was always the idea, and linking all kinds of writing/writers; inlcuding melbourne (and other locals sydney et al) yeah, it is looking good hey. But you know what really changed things for me was kris hemenlsey's blog via dave ellison and th late sixties uphealvals and tranformation - and destruction, after all we are in the thick of th Kali Yuga nightmare

I met a kid called Catfish (Mc Dougals something or other), we were docked in san Pedro, I was drinking in a bar, well I was but by then I was out the back with Neal smoking a joint, he was on his way to Mexico - must a been early 1968. This kid Catfish stumbles up the alley - Neal an me werent concerned - being old cons we had uber radar for body language of danger - he wasnt it, the kid. we turned him on then turned him loose, he said he was heading north, to meet up with his Mex sweetheart - he sure was wasted though. Neal and I had a chuckle over that - pot calling the kettle black jack. Jack Karlos, (unpublished Journals 1967 - 1972)

Sorry for my bad english. Thank you so much for your good post. Your post helped me in my college assignment, If you can provide me more details please email me.